The event will take place over two days in September

Kicking off the weekend’s festivities is the Perrysburg Pep Rally, hosted by the Country Charm Shoppes.  The pep rally begins at 4pm on Friday, September 23rd, and will feature food, drinks, kids’ activities, performances, and an after party at Six Fifths Distilling.

Moving along to Saturday, the Perrysburg Homecoming Festival will host a parade beginning at 10am, along Louisiana Avenue through Historic Downtown Perrysburg.  Following the parade, a large-scale festival will take over the downtown area with vendors, artisans, a business marketplace, and food trucks.  A main feature of Saturday’s festivities is Fall Festival, brought to the community by Downtown Perrysburg, Inc, and presented by Mercy Health.  Much of Fall Festival will take place north of the railroad tracks and along portions of East and West Second Street.  There will be a Second Street Stage with music, pumpkins, an inflatable corn maze, a magician, and much more!

Another fun and important part of the Saturday festival is the Heritage Pavilion, which will be found near the Louisiana Avenue and West Third Street intersection.  The Heritage Pavilion and stage will feature educational displays, re-enactors, oral historians, book signings, music, and more.  The Chamber gives special thanks to the Perrysburg Heritage Protection Society for their hard work and dedication to make this pillar of the Perrysburg Homecoming Festival a reality.  Another exciting addition to the Heritage Pavilion is the opportunity to purchase Perrysburg Then and Now: A Pictorial Look at the Past and Present of Perrysburg, Ohio, authored by residents Mark Weber and Gary Franks. 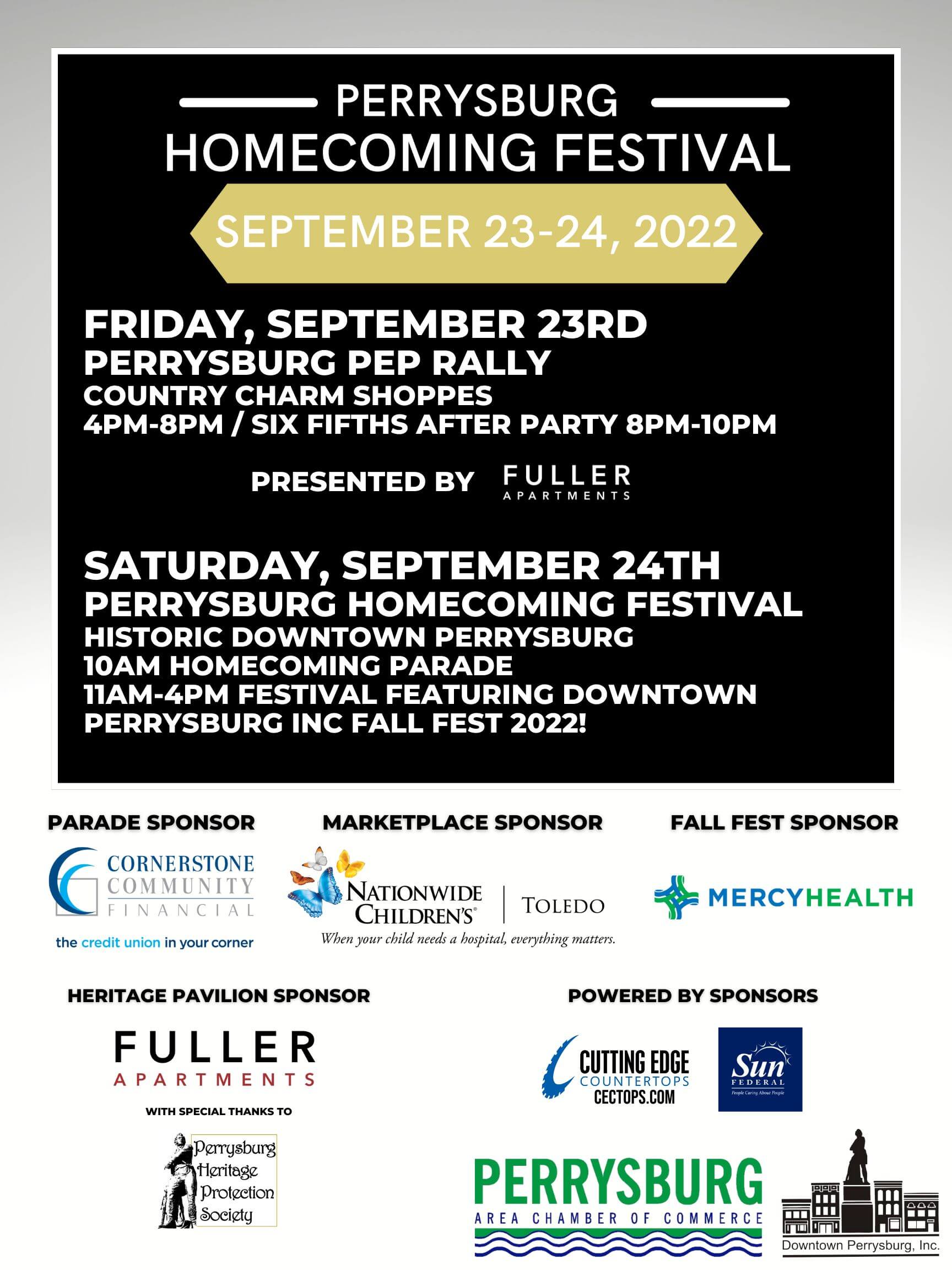